The V International Forum "Russia and Iberoamerica in the Globalizing World: History and Modernity"

was traditionally held by Saint-Petersburg State University and the Institute of Latin America of the Russian Academy of Sciences on October 4-6. 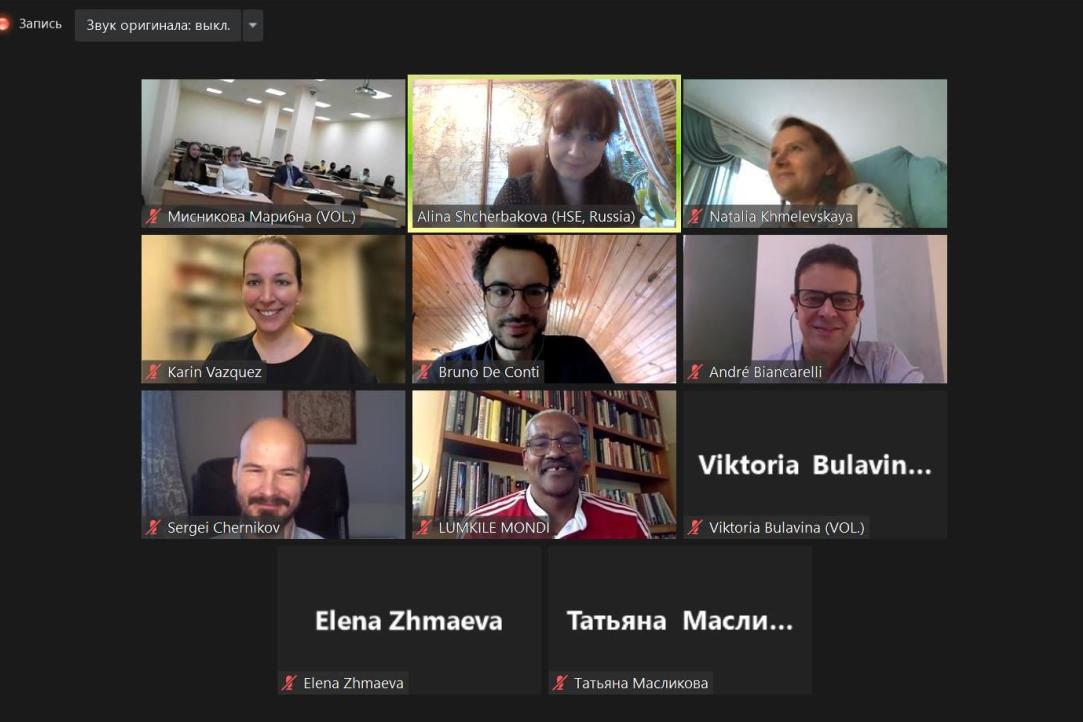 The Forum is the most representative event in Russia dedicated to the socio-political, economic processes of Latin America, its history and culture.

On the first day of the forum, the members of the International Thematic Group on Economics of the BRICS Network University Alina Shcherbakova and Bruno de Conti held a thematic round table "The role of the BRICS countries in the world after the pandemic".

During the roundtable, the participants touched upon the topics of the decline in economic growth in the BRICS countries in connection with the Covid-19 pandemic, the post-pandemic world order, vaccine diplomacy, the transition of the BRICS countries to settlements in national currencies, the possibility of including new countries in the BRICS, and many others. A wide range of spheres of scientific interests of the speakers allowed the participants and listeners of the round table to discuss the issues related to the development of BRICS and to hold a lively discussion.

Representatives of the BRICS Network University regularly participate in research seminars and speak at leading international conferences in the framework of sections organized by members of the international thematic group on Economics.

The event was held in a mixed format, all the speakers spoke online, and the audience was in the St Petersburg University auditorium.