In bk.: The Law and Policy of New Eurasian Regionalization: Economic Integration, Trade, and Investment in the Post-Soviet and Greater Eurasian Space. Brill, 2021. P. 121-139. 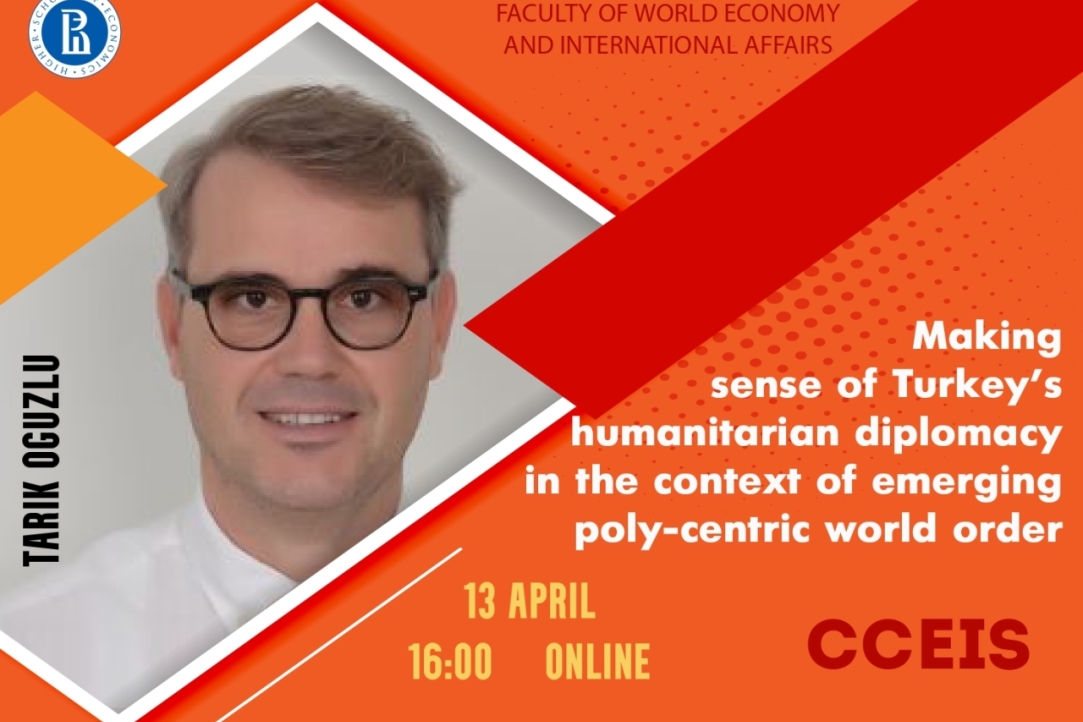 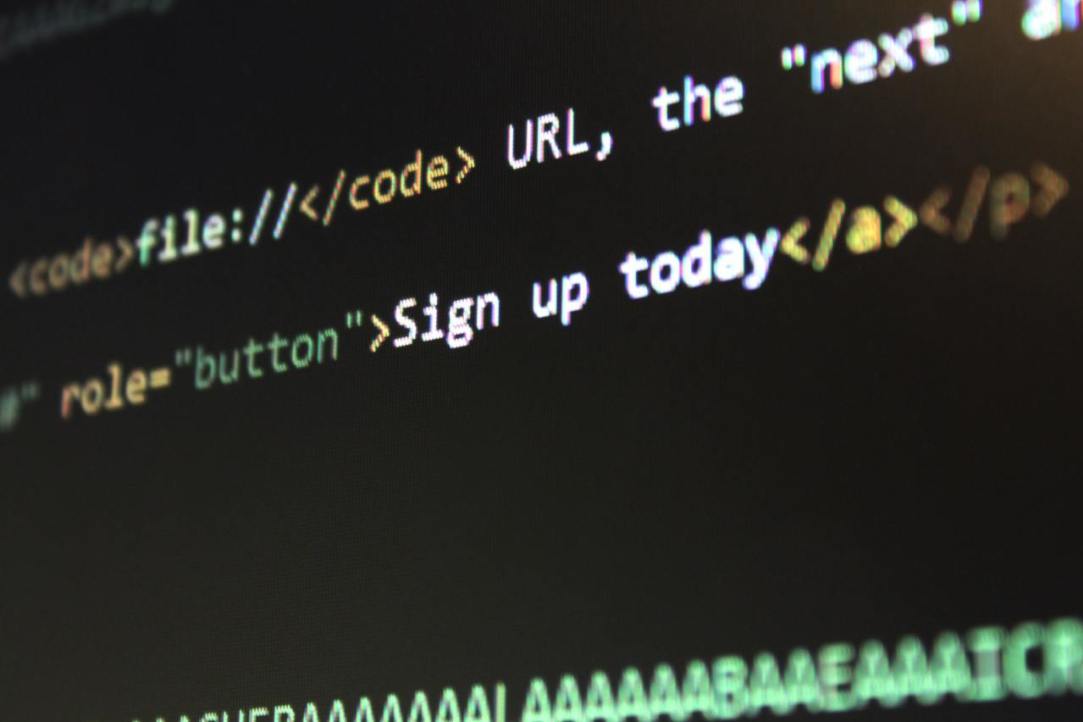 The HSE University and Harvard University with other partners started accepting applications in the Arms Control Negotiation Academy. The Academy will solicit applications from all over the world to select the top 16 applicants for the program. Applications are accepted until May 2. 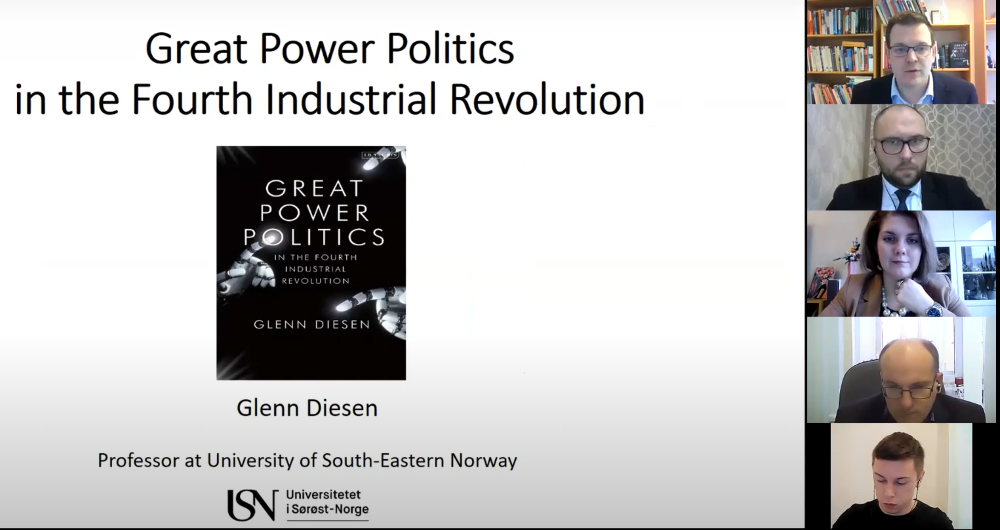 Presentation of the monograph «Great Power Politics in the Fourth Industrial Revolution: The Geoeconomics of Technological Sovereignty» by Prof. Glenn Diesen

On March 16, 2021, an online presentation of the monograph "Great Power Politics in the Fourth Industrial Revolution: The Geoeconomics of Technological Sovereignty" was held. The author - Glenn Diesen, a Professor at the University of Southeastern Norway.
Two discussants participated in the online presentation: Vasily Kashin, CCEIS Deputy Director, and Maxim Suchkov, Director of the Center for Advanced American Studies, Institute of International Studies, MGIMO-University 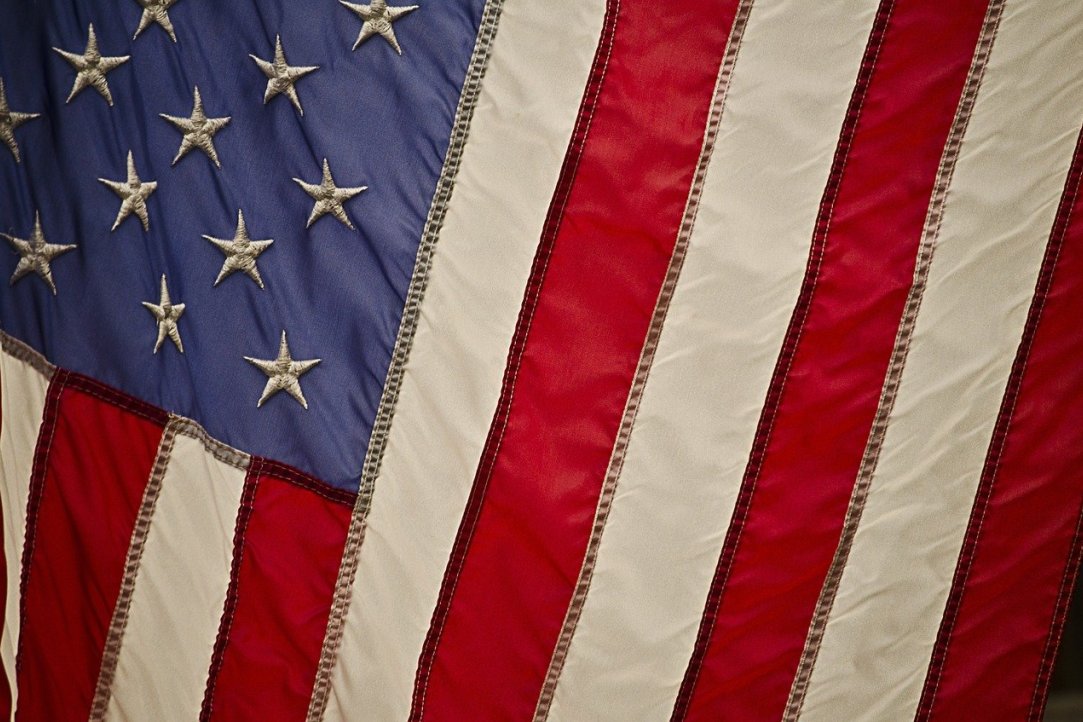 Dmitry Suslov, Deputy Director of the CCEIS, about the US-Russia Relations for Observer Research Foundation (09.02.2021)

Dmitry Suslov shared his view on the current state of bilateral Russia-US relations in an interview for  Observer Research Foundation.

Miras Zhiyenbayev and Julia Belous, published an article “Gain not to lose: Uzbekistan on the threshold of the EAEU” in “Russia in Global Affairs”.
Key ideas:
- Involvement of a new state into the integration processes can become an excuse for the EAEU’s slowdown, allow it to acquit the inability to build common markets with the accession of a new member-state, the subsequent periods of stagnation, or even rollback.
- Enlargement, following the European Union example, can contribute to the resolution of conceptual issues of further EAEU’s development.
- The involvement of a new participant means for the EAEU, on the one hand, the need for ultra-precise manual reconfiguration and possible revision of existing agreements due to the inclusion of a sizeable Eurasian economy. On the other hand, the Union recognizes the significance of the current reality and the impossibility of the final formation of single markets in such a limited time due to the need to adapt to reality with new project participants.
- Uzbekistan will solve a significant number of long-lasting internal development problems. The current EAEU members will gain no less significant benefits from Uzbekistan’s possible accession to the Union.

On January 23 Faculty of World Economy and International Affairs of the National Research University Higher School of Economics arranged Expert Panel on US-Russia Relations for the Stanford US-Russia Forum 2021 delegates. This Panel traditionally opens the series of SURF events in Moscow. This year the Panel was conducted online.
The speakers analyzed the current international context of the US-Russia relations, domestic trends in the US and their impact on the US policy towards Russia, prospects for the US foreign policy and US-Russia relations during the Biden Administration. After the discussion, which was moderated by Dmitry Suslov, the panelists answered the SURF delegates’ questions. 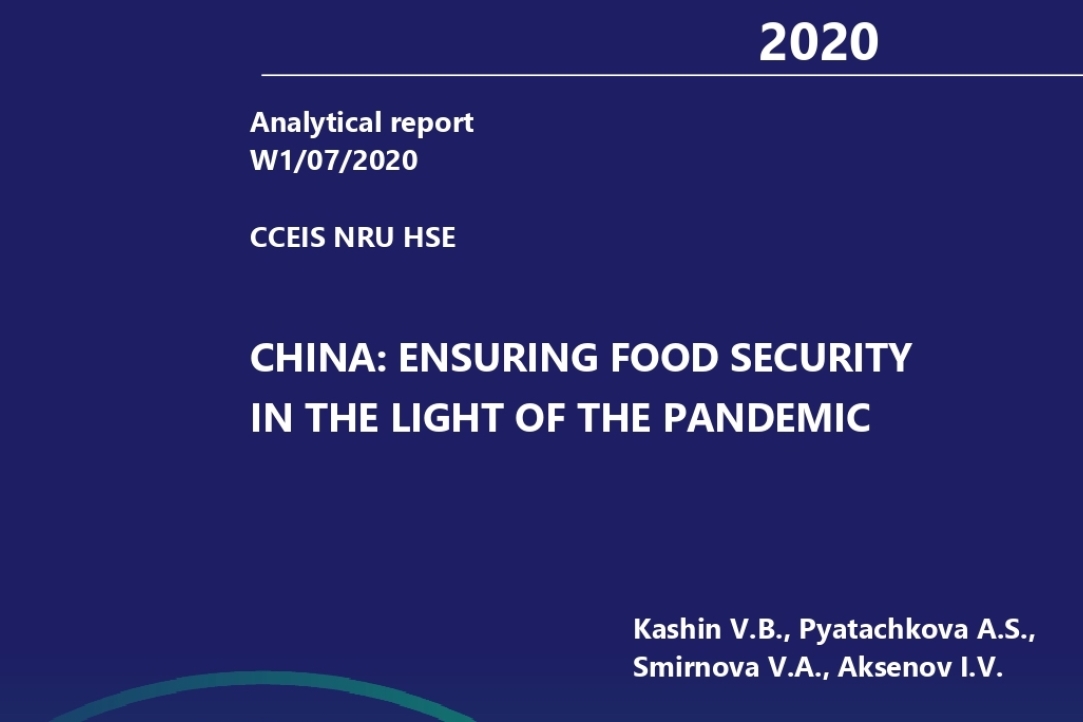 China: Ensuring food security in the light of the pandemic – the first report in a new CCEIS analytical series

The CCEIS introduces the first report in a new analytical series on topical issues concerning China’s development – “China: Ensuring Food Security in the Light of the Pandemic”.

Head of the project is Vasily Kashin, Head of the CCEIS International Military-Political and Military-Economic Problems Sector. 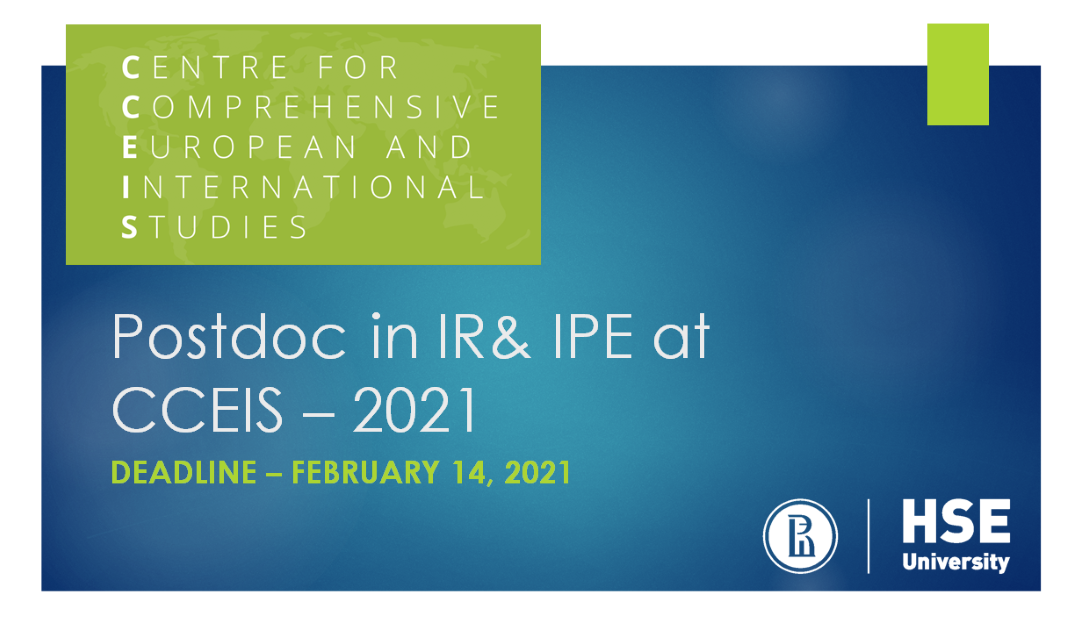 Lev Sokolshchik (PhD, Candidate of Science, a research fellow of the Centre of Comprehensive European and International Studies of HSE) as a member of the organizer team took part in the Working Group of the preparation the Second Camp of The Arms Control Negotiation Academy (ACONA). The general agenda of the camp is a multilateral strategic stability in the contemporary world. Preparation for the project (January 11–15, 2021) has been in process from October 2020 in the format of regular online meetings, during which the event program was prepared, the expert board was formed, and research projects' drafts of the Fellows were carried out. 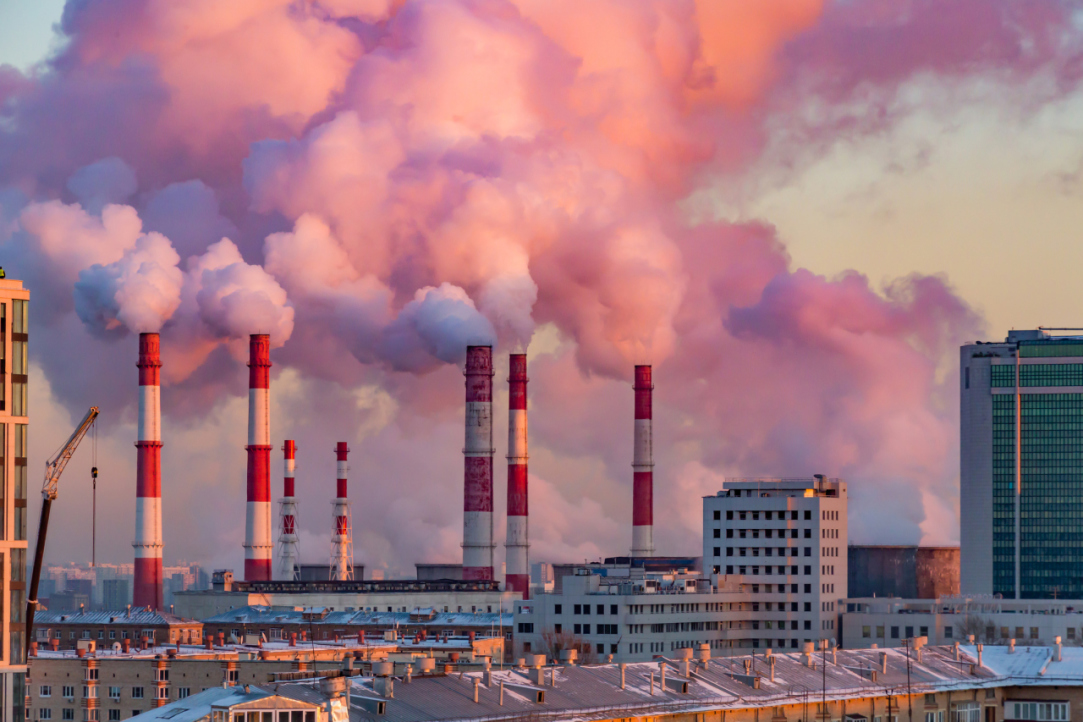 Managing Climate Risk: How to Adapt Regions to Changes

An applied research project being carried out by the HSE Laboratory for Economics of Climate Change uses the example of the Chechen Republic and the mountainous areas of Krasnodar Krai to create a model of climate risk evaluation and management for Russian regions. Laboratory heads Igor Makarov and Ilya Stepanov talk about the threats presented by global climate change, about whether the pandemic will slow it down, and why a multifaceted approach is essential.