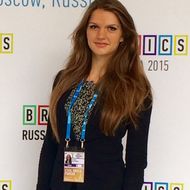 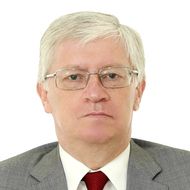 Chief Adviser of the Head of Analytical Center under the Government of RF. Tenured Professor, Academic Supervisor of Department of World Economy, HSE. Graduated from the economic department of the MSU,  Born in 1947, married, one daughter.

Former: Deputy Minister of Economy and Finance, Chairman of Foreign Investment Committee in 1991-1992; Leading Fellow of IMEMO RAN; Director General, Bureau of Economic Analysis; Advisor to Executive Director (RF), the World Bank, Washington; Deputy Director General – Russian Energy Agency& President of Association of Independent Centers of Economic Analysis. Member of ECOSOC, United Nations 1999-2007. Chairman of the Board WWF-Russia 2006-2014, now member of the Board of Trustees. Member of the National Research Council on BRICS; on the Board of few research journals. Published more than three hundred research works, edited a dozen of books and produced a number of media pieces. 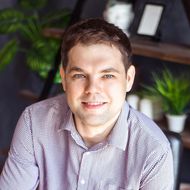 Igor Makarov, PhD in Economics, is a Head of the School of World Economy of National Research University Higher School of Economics (HSE) in Moscow. He also directs the Laboratory for Climate Change Economics and works as a senior research fellow at the Center for Comprehensive European and International Studies at the same university. He was a visiting scholar at Stanford University (2011) and Harvard University (2016 and 2019), taught at the University of Tehran (2016) and Autonomous University of Madrid (2017).

His research interests cover international political economy, globalization, Asia-Russia relations, environmental and climate change economics. He is a leading author and an editor of the monograph Russia’s Turn to the East: Development of Siberia and Far East under the Conditions of Strengthening Asian Vector in Russian Foreign Policy (2016). He is also an author of more than 50 academic papers and numerous columns for Russian business newspapers. Academic papers, reports, columns and interviews of Mr. Makarov have been published in Russia, U.S., Canada, U.K., Austria, Italy, France, Singapore, China, South Korea, India, Iran and South Africa. 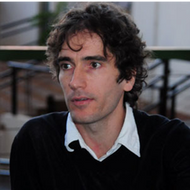 Alexandre Gori Maia is a specialist in applied and development economics. His research focuses on agricultural and environmental economics, demographic economics, evaluation of environmental effects, well-being and poverty, health and inequality.

He holds a Ph.D. diploma in Applied Economics from the University of Campinas (UNICAMP) in 2007, an M.S. in Development Economics from UNICAMP in 2003, and B.S. in Statistics from UNICAMP in 1996. He is an Associate Professor at UNICAMP, where he heads the Department of Economic Theory and coordinated the Center for Agricultural and Environmental Economics (2013-16) and the post-graduation course in Agricultural and Environmental Economics (2016-17). 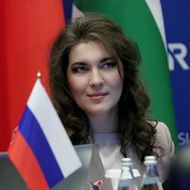 She currently holds the position of GR-Director of the Russian National Committee on BRICS Research, a legal entity created under the auspices of Russian government for Track 2 activities in BRICS. Since 2015, she has been organizing Track 2 activities during Russian BRICS Chairmanship, and coordinating the BRICS Academic and Civil Forums. She is also coordinating the annual BRICS International School in Russia. She is a member of the BRICS Think Tank Council, Council for scientific, technological and innovation cooperation among BRICS countries under the Ministry of Science and High Education of the Russian Federation, Working group on BRICS under the Ministry of Energy of the Russian Federation, Working group on BRICS DFIs Principles for Responsible Financing under the Vnesheconombank Institute, expert of the Russian Center for Policy Research (PIR Center) and the Russian International Affairs Council (RIAC). In 2019-2020, she was a member of the Secretariat of the BRICS Expert Council. Participant of numerous international conferences, including China, India, Brazil and South Africa. She has publications on BRICS and East Asia.

Dr. Zhu Jiejing, professor at the School of International Relations and Public Affairs and the Deputy Director of the Center for UN and International Organizations Studies at Fudan University.

Back to the top 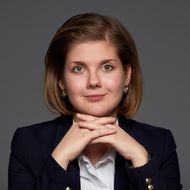 Dr. Likhacheva has a PhD in International relations and works as a Director of CCEIS at the Higher School of Economics in Moscow, Russia.

She develops the issues of water - related aspects of international affairs and world economy since 2009 and leads a research project Balance of water power at the HSE since 2020. Her key area of expertise are Geo-economics with a particular focus on Sanctions and Russian-Asian relations. She regularly prepares policy briefs for senior Russian public authorities and has been a member of expert working groups of the Ministry of Economic Development and Ministry for the Development of the Russian Far East since 2014. She is an author of more than 40 papers, briefs and working papers published in Russia and abroad. 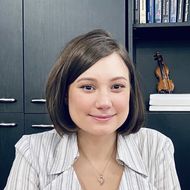 Aleksandra Morozkina, PhD. Head of the structural reforms division at the Economic expert group, senior research fellow at the Financial research institute of the Ministry of finance of the Russian Federation and an associate professor at the Higher school of economics. Mrs. Morozkina has been working in the field of international organizations for several years, and recently was a member of the BRICS Expert Council established within the framework of preparing and ensuring the Chairmanship of the Russian Federation in the BRICS in 2020. 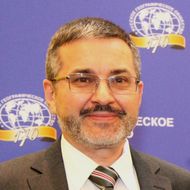 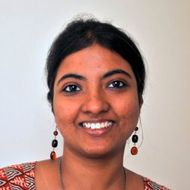 Dr Malancha Chakrabarty is currently working as a Fellow at the Observer Research Foundation (ORF), New Delhi. She holds a PhD in Economics from Jawaharlal Nehru University, New Delhi. Her PhD thesis explored the nature and impact of Chinese trade, investment, and development cooperation in three sub-Saharan African countries namely Angola, Democratic Republic of Congo, and Ethiopia. In ORF, she researches on issues related to sustainable development, climate change, agriculture, and food security. She is particularly interested in the development challenges of India and Africa. 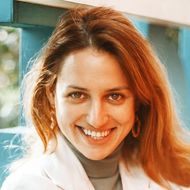 Manager of innovative projects for corporations, foundations, technology parks, international startups. Author and developer of own course on innovation on Coursera. I increase the revenue of companies, speed up the work of projects, make startups cost-effective. 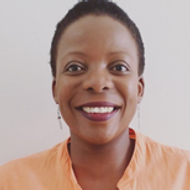 Dr Thulisile Mphambukeli is a National Research Foundation (NRF) Rated International Scholar and currently a Senior Lecturer at the Department of Urban and Regional Planning, University of the Free State (UFS). She obtained the degree of Bachelor of Community and Development Studies, the degree Master of Town and Regional Planning at the University of KwaZulu-Natal, the degree of Bachelor in Theology at Faith Bible College, and a PhD in Urban and Regional Planning from UFS. She was a Fellow The World Academy of Sciences Italy (hosted at University of Konstanz, Germany); an Alumni of the Brown International Advanced Research Institute, Brown University, USA; an Alumni of the Public Affairs Research Institute, University of Witwatersrand as well as the University of the Free State Rector’s Prestige Scholar. She is a recipient of many research grants and awards such as the BRICS Think Tank Academic Forum Grant, NRF Knowledge Interchange and Collaboration (KIC) Individual Travel Grant, South Africa, the Herrenhausen Conference Travel Grant, Hanover, Germany, BRICS Think Tank Academic Forum Seed Funding, South Africa, African Peacebuilding Network (APN) Individual Research Grantee, 2018 and the Joint NIHSS-CASS Research Project for 2019/2020. The African Pathways Programme (APP)/BRICS Teaching and Research Mobility Grantee. In May 2019, she was invited by the Perry World House and the Center for the Studies of Ethnicity, Race and Immigration (CSERI) at the University of Pennsylvania to participate in the Precarious Statuses of Migrants workshop. She also presented her papers at various BRICS Academic Forums since 2017. She has published extensively in local and international journals. Recently, she submitted her BRICS paper titled 'Financing regenerative agricultural practices through innovation in BRICS'. She is also one of the Editors of the Journal of BRICS Studies.