An online lecture of A.V. Lukin and O.V. Puzanova at Fairbank Center for Chinese Studies at Harvard University

On May 6, 2020, an online lecture was held with the participation of the head of the Department of International Relations and the International Laboratory for World Order Studies and New Regionalism Professor Alexander Lukin and the research assistant Olga Puzanova at the John Fairbank Center for Chinese Studies at Harvard University with a professor Ezra Vogel. The lecture was dedicated to the Sino-Russian territorial dispute settlement.

You can listen to the full lecture recording 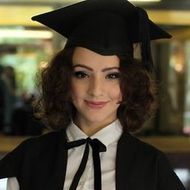