On May 28, a research seminar at the International Laboratory of World Order Studies and New Regionalism was held. The speaker was Ivan Bakalov is a COFUND Marie Skłodowska-Curie PhD Fellow at the Bremen International Graduate School of Social Sciences, University of Bremen | Jacobs University. The focus of his research is on studying the concept and theory of power in international relations. His empirical work concerns foreign policymaking in Eastern Europe.

He presented his report on the topic «Tracing the Mechanisms of Russian Soft Power in Ukraine: the Language Issue Case».

Also the process leading up to the adoption of the 2012 law on minority languages provides a setting where a soft-power explanation is most likely to hold, while its subsequent repeal in 2014 can shed light on the factors that can condition a mechanism breakdown. Failing an ‘easy’ test would furnish compelling evidence to confirm existing assumptions about Russian soft-power inaptitude, while passing it would indicate that some qualifications in the theoretical expectations merit consideration.

After the presentation, a series of questions and answers took place with the participation of Dmitry Novikov and Georgy Kutyrev, where the audience was given the opportunity to express their critical view at the presented report and generate the discussion. 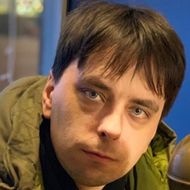 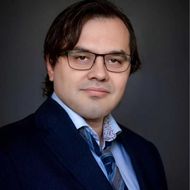