The Fourth Session of the Eurasian Online Seminar with Joseph Nye

On Thursday, April 30, the Department of International Relations and the International Laboratory on World Order Studies and the New Regionalism of National Research University Higher School of Economics held the fourth session of “Eurasian Online Seminar”. 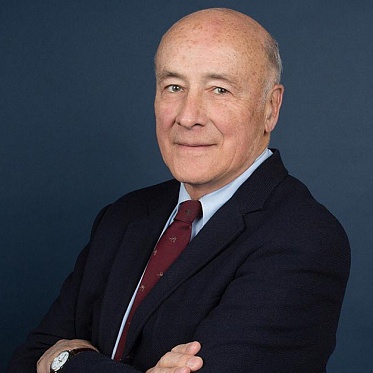 As for the speaker, it was conducted by one of the greatest living authorities in the field of international relations Professor Joseph Nye of Harvard University. He spoke about his new book “Do Morals Matter? Presidents and Foreign Policy from FDR to Trump” and some implications for the current crisis.

From 1977-79, Professor Nye was a deputy Undersecretary of State and chaired the National Security Council Group on Nonproliferation of Nuclear Weapons. In 1993-94 he chaired the National Intelligence Council which prepares intelligence estimates for the president, and in 1994-95 served as Assistant Secretary of Defense for International Security Affairs.

Nye has published fourteen academic books, a novel, and more than 200 articles in professional and policy journals. His recent books include Soft Power, The Powers to Lead, The Future of Power, Is the American Century Over?, and Do Morals Matter? Presidents and Foreign Policy from FDR to Trump.

Professor Nye has made a significant contribution to IR theory. He is the co-founder, along with Robert Keohane, of the international relations theory of neoliberalism, developed in their 1977 book Power and Interdependence. Together with Keohane, he developed the concepts of asymmetrical and complex interdependence. They also explored transnational relations and world politics in an edited volume in the 1970s. In the late 1980s he coined the term soft power  and it first came into widespread usage following a piece he wrote in Foreign Policy in 1990. More recently his notion of "smart power" ("the ability to combine hard and soft power into a successful strategy") became popular among both experts and politicians.

In his lecture, the professor presented the three-dimensional system of analyzing the morality of decision-making in the international politics and it consist of intentions, means and consequences. Then, he proceeded with providing historical cases for each of three dimensions, explaining whether this particular decision could, in fact, be considered as moral. The examples included the decisions of president Truman during the Korean War, the ones of president Johnson during the Vietnam War etc. Dr. Nye also highlighted the importance of emotional and situational IQ for the moral decision-making. He also classified the US presidential decisions depending on the morality of these decisions.

About
International Laboratory on World Order Studies and the New Regionalism