On Wednesday, May 6, the Department of International Relations and the International Laboratory on World Order Studies and the New Regionalism of National Research University Higher School of Economics together with the Oriental Studies School held the joint session of the Eurasian Online Seminar and China Seminar with a renowned expert on Chinese foreign policy Dr Bates Gill. The topic of his talk was “Wolf Warrior Diplomacy”: Is it Working for China? 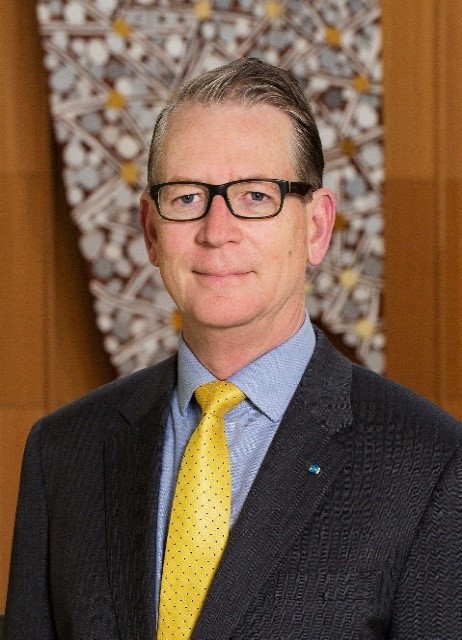 Dr Bates Gill is the Professor of Asia-Pacific Security Studies at Macquarie University in Sydney, and Senior Associate Fellow with the Royal United Services Institute (RUSI) in London. He has a 30-year career as a scholar, policy advisor and author, focusing on Asia-Pacific politics, foreign policy and security, with a particular focus on China and U.S.-China relations.  An academically-trained and internationally-respected China specialist, he has led a global top-ten think tank and held academic and research positions at world-leading universities and public policy research institutions in the United States, Europe, and the Asia-Pacific in a 30-year international career.

Dr. Gill received his Ph.D. in Foreign Affairs from the Woodrow Wilson Department of Government and Foreign Affairs, University of Virginia.  He has previously held positions at the Australian National University and the University of Sydney (2012-2017). He was Director of the Stockholm International Peace Research Institute (SIPRI) (2007-2012) and held the Freeman Chair in China Studies at the Center for Strategic and International Studies in Washington, D.C (2002-2007). He also served as a Senior Fellow in Foreign Policy Studies and inaugural Director of the Center for Northeast Asian Policy Studies at the Brookings Institution (1998-2002). Among his international honours, he holds the Royal Order of the Commander of the Polar Star and was named a top-ten American China expert by the Chinese Foreign Affairs University in 2015.

Professor Gill devoted his speech to the analysis of the effectiveness of China's “soft power” policy, including the example of the information policy of the Chinese Government in the light of the fight against the coronavirus COVID-19. Having chosen Joseph Nye’ definition of “soft power” as the basic one, Professor Bates Gill, during a speech, came to the conclusion that China’s “soft power” policy is ineffective at the present stage. The professor highlighted a number of reasons for the inefficiency including, in his opinion, the following: efforts to cast China and the CCP in a more appealing light are predominantly aimed at China’s domestic audience, CCP is increasingly concerned with image and legitimacy, so that we can conclude it can be considered as a soft power, but not for foreigners. Dr Gill concludes that China is not a soft power at all – it operates predominantly through hard power. CCP is good at “exercising hard power softly”, but has “hard times with exercising soft power”. According to the professor, we can allow the emergence and development of Chinese “soft power” in the near future, but this requires time and changes conducted by the party leadership of the PRC.

About
International Laboratory on World Order Studies and the New Regionalism