On March 16, 2021 Ekaterina Kosevich, PhD in Political Science, Researcher at the International Laboratory on World Order Studies and the New Regionalism at the Higher School of Economics, a specialist in Latin America, delivered an online lecture at the International University of Valencia (VIU, España) on the topic “The place of Latin America in the foreign policy interests of Russia at the beginning of the XXI century.” (“Lugar de América Latina en los intereses políticos exteriores de Rusia a principios del siglo XXI”).

Compared to the times of the Soviet Union, Russia significantly reduced both its participation in global politics and its weight in the world economy in the 1990s. Latin America turned out to be one of the most affected directions in Russian foreign policy. However, the state of affairs began to change noticeably in the early 2000s.

The online seminar was conducted in Spanish and it lasted 2 hours.

Link to the video: https://www.youtube.com/watch?v=8KFaFv950P8 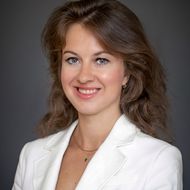