The workshop brought together such prominent IR Scholars as G. John Ikenberry (Princeton), Chris Layne (Texas A & M University) and Duncan Snidal (Oxford), to present and discuss their papers on the role that institution and organizations have played in promoting peaceful change in international politics. The goal is to prepare an edited volume on the subject, which has been understudied in the broader discipline of International Relations (IR). The proceedings were closed to the public and were not recorded.

Professor Krickovic served as the discussant for G. John Ikenberry’s paper, “Liberalism, International Organizations and Peaceful Change,” and presented comments and criticisms of Professor Inkberry’s arguments about liberalism as a vehicle for peaceful transformation. These include the lack of clarity within liberal IR theory about whether interdependence or democratic peace are the most effective drivers for institutional development and peaceful change, IR liberalism’s tendency to create institutions that exclude non liberal countries in order to promote the geopolitical interests of the leading liberal states, and the leading Western liberal states’ tendency to impose (in the words of Richard Sakwa) a “monist approach” to institution and order building that precludes dialogue with other cultures and civilizations (and which is not conducive to peaceful change).

The workshop is part of the broader efforts of the Global Research Network on Peaceful Change (GRENPEC), which also include the Oxford Handbook of Peaceful Change in IR (2021), in which Professor Krickovic has a chapter on “Russia and Peaceful Change”. 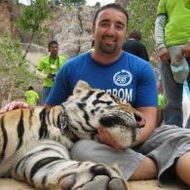