On November 18, within the framework of the permanent online project “It’s worth talking about”, in which leading regional experts discuss current problems with students, the eighth online meeting was held withAndrey Baklanov, the Ambassador Extraordinary and Plenipotentiary of the Russian Federation, the current state adviser of the Russian Federation of the first class, the head of the research sector of the Middle East and North Africa of the Department of Foreign Regional Studies at the Faculty of World Economy and International Affairs of the HSE.

Professor Baklanov delivered the speech “On the new situation in the Middle East after the unblocking of Israel's relations with a number of Arab countries”.

The meeting was opened and moderated by Vera Vishnyakova , Head of the School of International Regional Studies of the Faculty of World Economy and International Affairs, HSE University, noting that this project is gaining more and more popularity due to the opportunity to listen to comments and events from leading experts.

In her opening remarks, Vera Vishnyakova noted that this project is gaining momentum, attracting an interested audience. There are requests to elucidate all new complex issues related to the situation in the region. Many questions are raised, in particular, by the policy of Turkey, in connection with which it was decided to discuss this topic at the next meeting of the seminar participants.

Vera Vishnyakova also drew attention to the fact that the format of the current meeting is new, expanded, for the first time it provides for the participation of a specially invited guest. A representative of the Israeli Embassy in Moscow will present the Israeli vision of the prospects opening up as a result of the normalization of relations with a number of Arab countries

Andrey Baklanov in his speech noted the great importance of the changes that are taking place in the Middle East.

In essence, a qualitatively new scheme of relations between Israel and its Arab neighbors is being formed, which can lead to the unification of the potential of these countries in the field of investment, promotion of technical projects, etc.

Of course, Moscow supports the course towards the formation of more stable, peaceful interstate relations in the region located in the immediate vicinity of our country.

At the same time, under the new scheme, new, rather complicated conjugation of our interests also arise, for example, in the field of transferring energy resources from the Middle East to European countries.

Andrey Baklanov noted that, apparently, various schemes of “isolation” of individual states in order to exert pressure on them are becoming a thing of the past. The last decades have shown that the tactics of ignoring Israel by its neighbors in the region did not lead to a change in the political course of this country. At the same time, the lack of stability in the Middle East hinders the development of the region's potential.

In her speech, Minister Counselor of the Israeli Embassy in Moscow, Ifat Amedi, spoke about the main provisions of the agreements that have been reached in recent months between Israel and a number of Arab countries: the UAE, Bahrain, Sudan. We hope, she said, that the best way to solve problems is to form friendly relations between countries in order to advance the interests of lasting peace in the Middle East and around the world.

Ifat acknowledged the existence of the Palestinian problem, but expressed the opinion that this problem should not absorb general attention and serve as an obstacle to the normalization of the situation in the region. This is not the biggest problem; there are other important issues in the Middle East that need to be addressed.

The Israeli diplomat noted that contacts between Israel and the Arab countries took place in one form or another before, but today we are talking about giving them a public character, which allows exchanging official delegations, raising the issue of opening embassies, developing trade and economic relations.

Ifat cited a number of positive examples of developing cooperation, including in terms of joint research with the UAE, aimed at combating the pandemic of COVID-19, as well as in order to implement joint measures with Lebanon to delimit the maritime spaces adjacent to the borders of states zone of the Mediterranean Sea.

During her speech, Ifat Amedi drew attention to the problem of the balance of power in the region, including in the context of Iranian policy, which causes serious concern for Israel.

The representative of the Israeli Embassy noted that her country expects to continue the process of improving the situation in the region, normalizing relations with countries such as Saudi Arabia, Oman, Morocco.

In the course of the discussion of the raised problems, the idea was emphasized of the need to hold in the Middle East region a whole range of measures aimed at ensuring peaceful, stable living conditions and cooperation of all states located here.

The recording of the meeting is available on YouTube channel: https://youtu.be/ydUjjaxJ9eA

November 27, 2020
About
School of International Regional Studies
About persons 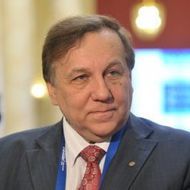 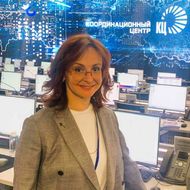