De-Americanization of public diplomacy? Perspectives from the point of view of Indian political thought

On September 27, 2021, the School of International Regional Studies of the Faculty of World Economy and International Affairs, HSE University held an online seminar "Contemporary Area Studies" dedicated to the problem of de-Americanization of public diplomacy. The speaker of the event was Sonali Singh, Associate Professor of Political Science at Jai Prakash Mahila College, India.

The moderator of the seminar was Dr. Eriks Varpahovskis, Research Fellow, School of International Regional Studies of the Faculty of World Economy and International Affairs, HSE University.

During the online meeting, such topical issues as the problem of the expansion of Western values within the framework of modern diplomatic activity, the regional specifics of diplomatic practices in the context of India and the possibility of synthesizing Western and Eastern political traditions in order to achieve greater efficiency and inclusiveness of public diplomacy were discussed.

In the first part of the discussion, Sonali Singh noted that most aspects of modern public diplomacy are products of a Western-centric understanding of it. In the efforts to spread their values around the world through the active promotion of democracy, freedom and individualism, an attitude of dominance in the information environment can be noticed. However, such an approach to diplomatic activity often devalues the experience of other civilizations that are ready to offer their alternatives.

Then the speaker introduced the audience to the most important postulates of the Indian traditional worldview. So, unlike the European and later American idea of the creative destiny of man, the Indian worldview is based on the idea of life as an ordered structure. A person in it is only an element that occupies a strictly assigned place. In addition, the Indian mentality traces primarily empirical beginnings. The emphasis on the spiritual component of life is also manifested in relation to diplomatic activity, for example, in the dogmas of nonviolence and peaceful resolution of problems. These ideas, which are largely common to Eastern political systems, differ from European rationalism and the principle of active transformation of the surrounding reality. Therefore, we can say that India is ready to offer the world community alternative models of public diplomacy.

Dr. Sonali Singh stressed that no point of view in this case can be considered the only correct one, because every diplomatic tradition is the result of the historical experience of a particular civilization. However, in the context of today's global dialogue, states with an alternative vision of public diplomacy have the opportunity to be heard and to change established practices. We are talking about improving public diplomacy as a universal tool of international communication. Taking into account regional cultural peculiarities will help to achieve more fruitful interaction between different actors and deeper mutual understanding between them.

November 01, 2021
About
School of International Regional Studies
About persons 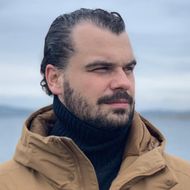