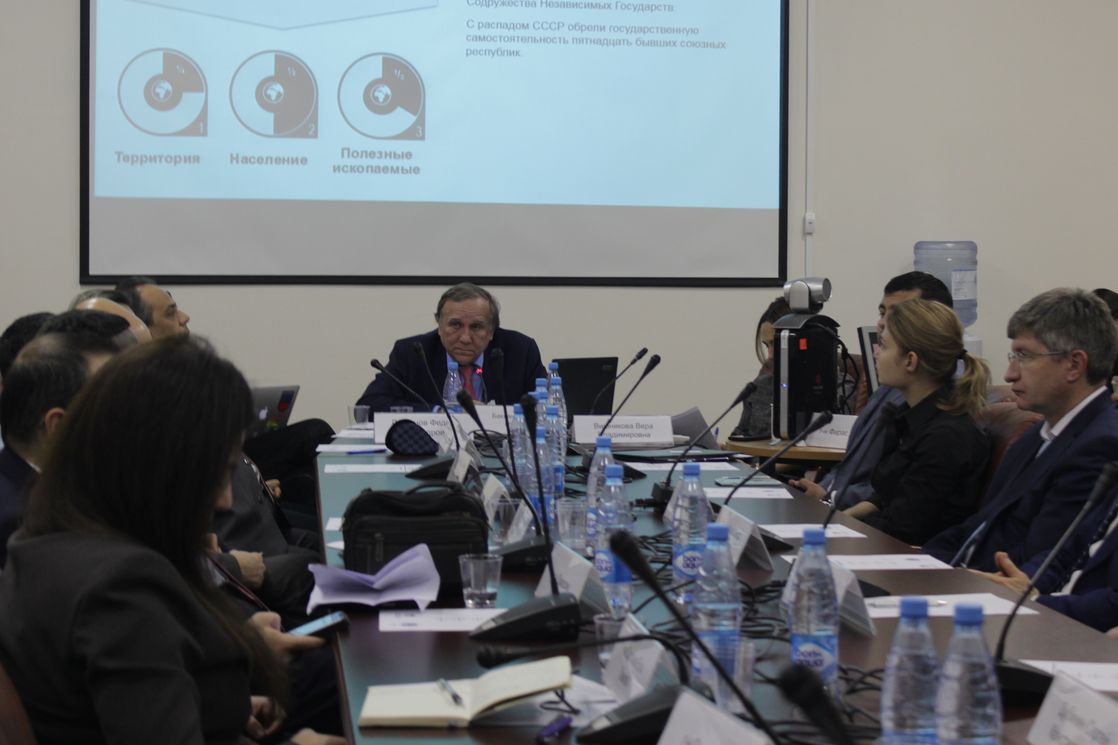 December 6 an open lecture was given by Andrei Glebovich Baklanov, Assistant Deputy Chairman of the Federation Council of the Federal Assembly of Russia. The event was organized by the Department of International Regional Studies of the Faculty of World Economy and International Affairs, HSE and the Council on Foreign and Defense Policy. Ambassador of Saudi Arabia, His Excellency Raid bin Khalid Krimli, and Ambassador of Yemen, His Excellency Ahmed Salem Al-Wahishi and representatives of diplomatic missions from the People's Democratic Republic of Algeria, the Kingdom of Bahrain, the Arab Republic of Egypt, the Hashemite Kingdom of Jordan, the Islamic Republic of Iran, the State of Qatar, the State of Kuwait, the Republic of the Sudan and the League of Arab States took part in the event. Also members of the Council on Foreign and Defense Policy, as well as staff and students from HSE and other universities were presented.

Andrei Baklanov raised questions on relation between Russia and the countries of the Middle East based on real facts. During the whole lecture Andrei Baklanov was consistently proving his point that our main partners, the countries of the Middle East are always ready to cooperate. After the lecture there was a huge discussion on related topics which ended with the informal party.

We hope that such events as lecture of Andrei Baklanov will be held on regular basis. And we are happy to announce, that Andrei Baklanov was agreed to head the Middle East studies section of the Department of International Regional Studies.

Link to the video of the lecture